Characterized by several behavioral and cognitive symptoms, schizophrenia is a mental disorder that affects about 0.5 to 1% of the world’s population. The mechanisms involved in the onset of the disease are still unclear, but deficits in neurological development, changes in the neurotransmission system, and immunological disorders are conditions related to the diagnosis. To further investigate these immune responses within the brain of patients with schizophrenia, a new study has just been published in the scientific journal Molecular Psychiatry.

Samples from seven individuals were used in the study: three were diagnosed with schizophrenia, and four were healthy. These samples were non-invasively obtained from the volunteers’ skin or urinary cells. This material underwent a process of genetic reprogramming, being converted into pluripotent stem cells, which were then transformed into human astrocytes with the genetic code of each of their donors.

Stevens Rehen, neuroscientist and researcher at IDOR, explains further: “The analysis revealed 68 dysregulated proteins in the astrocytes of people with schizophrenia, including proteins involved with cellular structure and metabolic activity. Other proteins related to immune processes were hyper-regulated, such as antigen presentation receptors, characterized by the activation of the immune response. A more detailed analysis revealed other inflammation-related markers, including S100β (a protein found mainly in astrocytes in neurological diseases) and the NF-κB transcription factor (a complex of proteins that act in the cellular response to aggression such as infections and inflammation)”.

The study also demonstrated that after stimulation, schizophrenia-derived astrocytes had reduced NF-κB p65 activation by about 50% compared to the control group. More than 60 proteins were differentially regulated between the groups, and these exerted biological functions such as inhibition of cell death, activation of blood vessel growth and pro-inflammation, mainly interleukin-8 (IL-8). Upon verifying the presence of IL-8, a molecule associated with the recruitment of inflammatory cells and the activation of blood vessels, the researchers used a recombinant protein (protein produced in the laboratory to assess protein function) of IL-8 in the control group. The result demonstrated the emergence of blood vessels similar to the schizophrenia group, suggesting that IL-8 may be an essential regulator of blood vessel caliber in schizophrenia. “The use of cell reprogramming technology, generation of astrocytes and analysis of their effects on the formation of blood vessels allowed us to reveal aspects of the biology of schizophrenia that were previously impossible to study in the laboratory”, adds Rehen.

In July, in another scientific article also published in the Revista Molecular Psychiatry, researchers from IDOR and the University of Chile had already demonstrated that functional alterations of neurons could impair the correct functioning of cerebral blood vessels with a synergistic impact on brain functioning. These scientists discovered – using reprogrammed stem cells – impairments in the blood-brain barrier caused by changes in gene expression in brain endothelial cells – those that make up the brain’s blood vessels and are responsible for nourishing neural cells – derived from patients with schizophrenia.

For researchers, the findings of the current study suggest a neuroinflammatory imbalance that affects astrocytes. Despite a small sample, the behavior of astrocytes in the three patients was similar, and understanding the interactions between immune system cells and astrocytes may reveal potential therapeutic targets. 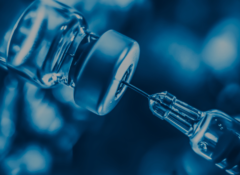