IDOR – the D’Or Institute for Research and Education – is a science, education and healthcare innovation-oriented non-profit organization. IDOR’s enthusiastic founders envisioned a state-of-the-art institution aimed at global-scale collaboration for the development of healthcare supported by cutting-edge science and technology. Achieving this vision is supported by IDOR’s action pillars – scientific research, health education and training, and assessment of new technologies and improvements in the hospital environment.

Operating since 2010, IDOR brings together a team of highly specialized researchers, practitioners and scholars. This expertise is also put to the service of the Ph.D., MBA and Undergraduate programs offered by the Institute, as well as Medical Residency and Development programs.

IDOR further undertakes an open innovation initiative – the Open D’Or, an innovation agency developed jointly with Rede D’Or São Luiz (RDSL), the largest private network of hospitals and medical centers in Brazil and the major funding sponsor of the Institute.

IDOR’s modern infrastructure and stimulating environment also comprise state-of-the-art laboratories where research is carried out in multidisciplinary teams, hence integrating education and clinical practice. This innovative model provides students with the opportunity to bridge learning to practice while ensuring that researchers are able to transfer laboratory-generated knowledge to actual clinical care.

IDOR’s research focuses on strategic medical fields such as neuroscience, oncology, internal medicine, intensive care and pediatrics. IDOR maintains scientific cooperation and academic covenant and partnership agreements with several international institutions located in more than 60 countries. Examples are the University of Oxford, in the United Kingdom, Stanford University, in the United States, and the Weizmann Institute, in Israel, amongst others.

Despite its recent history, IDOR is already a reference of success in research and science production in a number of relevant medical fields. IDOR researchers and students have published over 1,200 articles in international scientific journals, with over 16,000 citations in the past years.

The Institute’s expertise has played a pivotal role in fighting Covid-19 since the outbreak of the pandemic. This expertise has allowed a clearer understanding of the disease impacts and of possible treatments in various populations and has also led IDOR to become one of the major clinical research centers for vaccine clinical testing. IDOR also played a critical role in the multi-institutional effort that established the causal correlation between the Zika virus and the increased microcephaly occurrence in Brazil in 2016, as well as its pioneering role in Latin America to create reprogrammed stem cells from human-derived urine cells, a promising and non-invasive method for disease and drug studies.

IDOR College of Medical Sciences offers multifarious programs, ranging from specialization to undergraduate and postgraduate levels. While the former offer extension and development programs, the latter two levels allow students from various medical academic backgrounds to interact, engage in multi-disciplinary work and research and be supervised by scholars from diverse areas of interest and research.

In addition to such programs, IDOR is also highly renowned for its extension courses in clinical, academic and technological healthcare. In 2019 IDOR College of Medical Sciences initiated its first undergraduate program in Radiologic Technology, hence honoring Rede D’Or São Luiz’s more than 40 years of experience in cutting-edge medical imaging.

Seeking to foster entrepreneurship and technological innovation in healthcare, IDOR has created an innovation agency – Open D’Or, entirely dedicated to interweave innovative healthcare technology and partnerships. Its main aim is to promote a new innovation mindset in healthcare by identifying promising enterprises that propose disruptive solutions in technology, promoting events and capacity-building courses, and by capturing funding to turn ideas into implementable solutions. 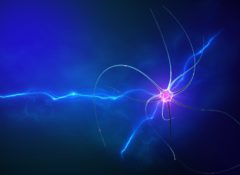 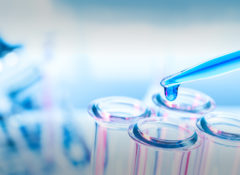 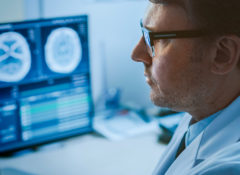