Research shows that macrophages, previously associated with a poor oncologic prognosis, may be key to the early activation of patients’ immune systems

Published last month in the Cell scientific journal, a new study carried out by a researcher at the D’Or Institute for Research and Education (IDOR) and the Institut Curie, in France, points out that some macrophage subtypes, hitherto unspecified and generally associated with a worse oncologic prognosis, may actually help to obtain a better response to breast cancer.

Macrophages are defense cells present in the connective tissue of the human body and are usually a negative marker when they take the form of infiltration, characterizing solid cancers. In this scenario, they are related to greater severity of the disease and, therefore, lower survival of patients. This was a consensus until the recent study. Considering that tumor-associated macrophages are heterogeneous among themselves, the scientists involved in the publication sought to characterize these cells, their molecular subtypes, and understand their particularities.

Using sophisticated techniques composed mainly of single cell analysis — a method that allows to determine gene expression and quantify each cell in a sample, increasing the resolution of the analysis —, in addition to other methodologies such as multispectral immunofluorescence, RNA sequencing, murine models and cytometry of multi-parametric flow, the researchers studied the macrophages present in the tumors of patients with luminal breast cancer (the most common type), who had not been treated before.

“Until mid-2014, we were not very clear about the subcellular distinction in tumors. It’s as if we had a fruit salad, but we couldn’t accurately differentiate which fruits were in the composition. In this case, single cell analysis allowed the cells of the tumor microenvironment to be characterized one by one. So we reported that there are good and bad macrophages,” says the study’s first author, Dr. Rodrigo Nalio Ramos, a researcher at IDOR and at the Hospital das Clínicas at the University of São Paulo (USP). The research was carried out at the Curie Institute during Ramos’ postdoctoral work.

One of these macrophage subpopulations found in Ramos’ study would actually be associated with a poor prognosis; the second, however, formed by macrophages found on the periphery of the area affected by cancer, marked by folate receptor-2 (FOLR2+), employs the opposite correlation: it points to better chances of survival and a great discovery for the scientific community, that didn’t know about this distinction until now!

“These macrophages, which are derived from the embryogenic phase and already exist in tissues before the tumor, change their behavior with cancer, and we hypothesize that they are one of the first cells to be able to initiate the immune response by perceiving tumor growth. FOLR2+ macrophages could attract and activate the T cell response”, adds the researcher, explaining that T cells, or T lymphocytes, are responsible for fighting pathogens and tumors, either through the production of cytokines and lytic factors or by actively eliminating the infected cells or tumor.

In the video above, provided by the researcher, we are able to see the interaction between macrophages (in red) and T lymphocytes (in green). Images were taken from samples of breast cancer patients.

The next steps of the project will be to evaluate the macrophage function in other tumor types, such as colorectal cancer and hematological cancers, and to understand the relationship between macrophages and tumor cells at the beginning of carcinogenesis. Before these new findings can be effectively applied to treating breast cancer patients, Dr. Ramos points out that there are still some stages of development.

“The first step is to understand the role of these macrophages in tumor control. Then, [understand] whether these cells could be used as biomarkers of a good or bad prognosis for patients with other tumor types. And a third step would be to modulate the function of these macrophages in the tissue, applying techniques of immunotherapy, cell therapy, gene therapy, etc.”, he informs. 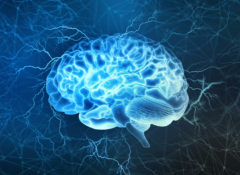 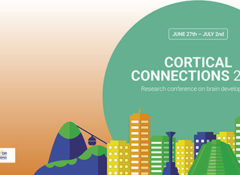 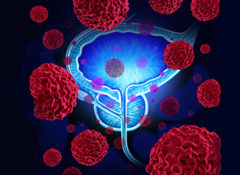